Hanoi Capital – the heart of Vietnam, the city of peace, antiqueness, and dynamism. Situated in the center of the Red River Delta, Hanoi is the beautiful capital of a resistant nation being gone through the ups and downs of the historical flows. Actually, they have given Hanoi a unique identity different from any cities you have ever visited in the world. Don’t be surprised by the endless honk of scooters around the streets and the colorful street vendors at every corner of Hanoi.

When you come to Vietnam, Hanoi is the first destination that tourists may come to visit. Famous for the charming and the ancient architecture – Hanoi nowadays still standing strong through a thousand years passed by and to become the development capital which not only has the ancient beauty but also the modernize as well. Coming to Hanoi you will have a lot of chances to get more knowledge about the people’s lifestyle, the culture, the history and especially the amazing cuisine with street food tour and many more. The last but not least is you will take a chance to explore so many ancient attraction in Hanoi like The temple of Literature, One Pillar Pagoda, Guom Lake – the heart of the capital. Take a glimpse of the chaotic Old Quarter to the historical heritage such as the Imperial Citadel of Thang Long, Ho Chi Minh Mausoleum, the Temple of Literature or the many traditional villages such as Bat Trang Ceramic, Van Phuc Silk, or Duong Lam ancient village. The Hanoi Tours designed by Vietnam Real Tour absolutely enchant your heart by their own gorgeousness, pure simplicity of Hanoi,…One more thing, when traveling to Hanoi, you will have the opportunity to discover the beauty of the famous tourist destinations in the north nearby Hanoi such as Ninh Binh Tours, Mai Chau Tours, Halong Bay overnight cruise…. 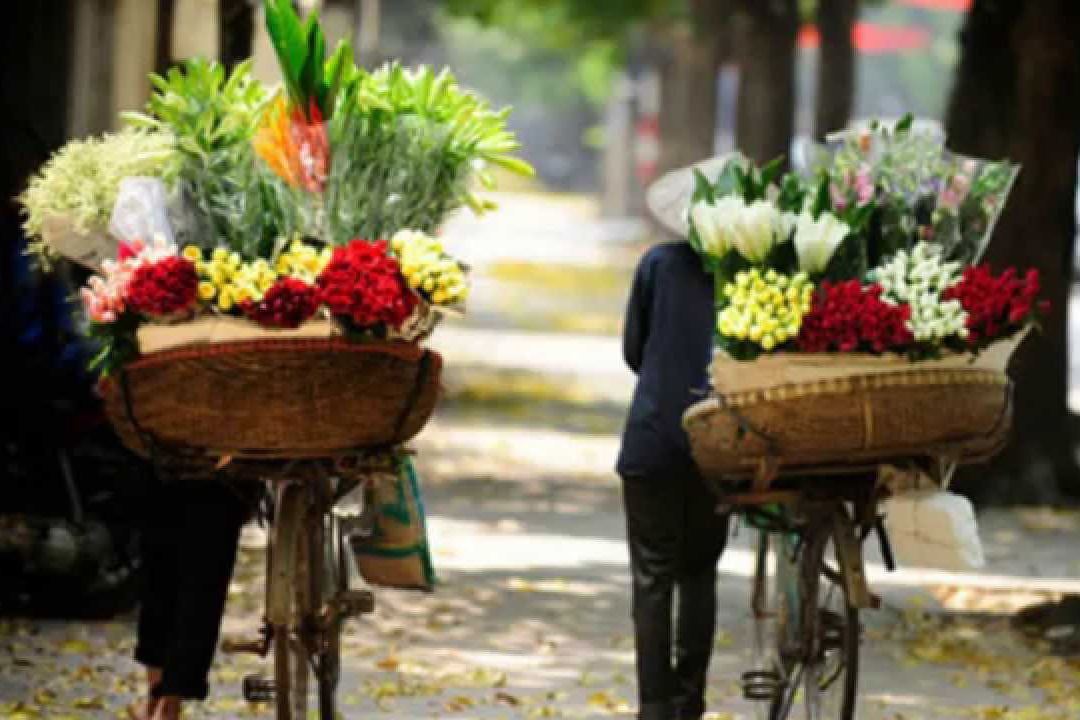 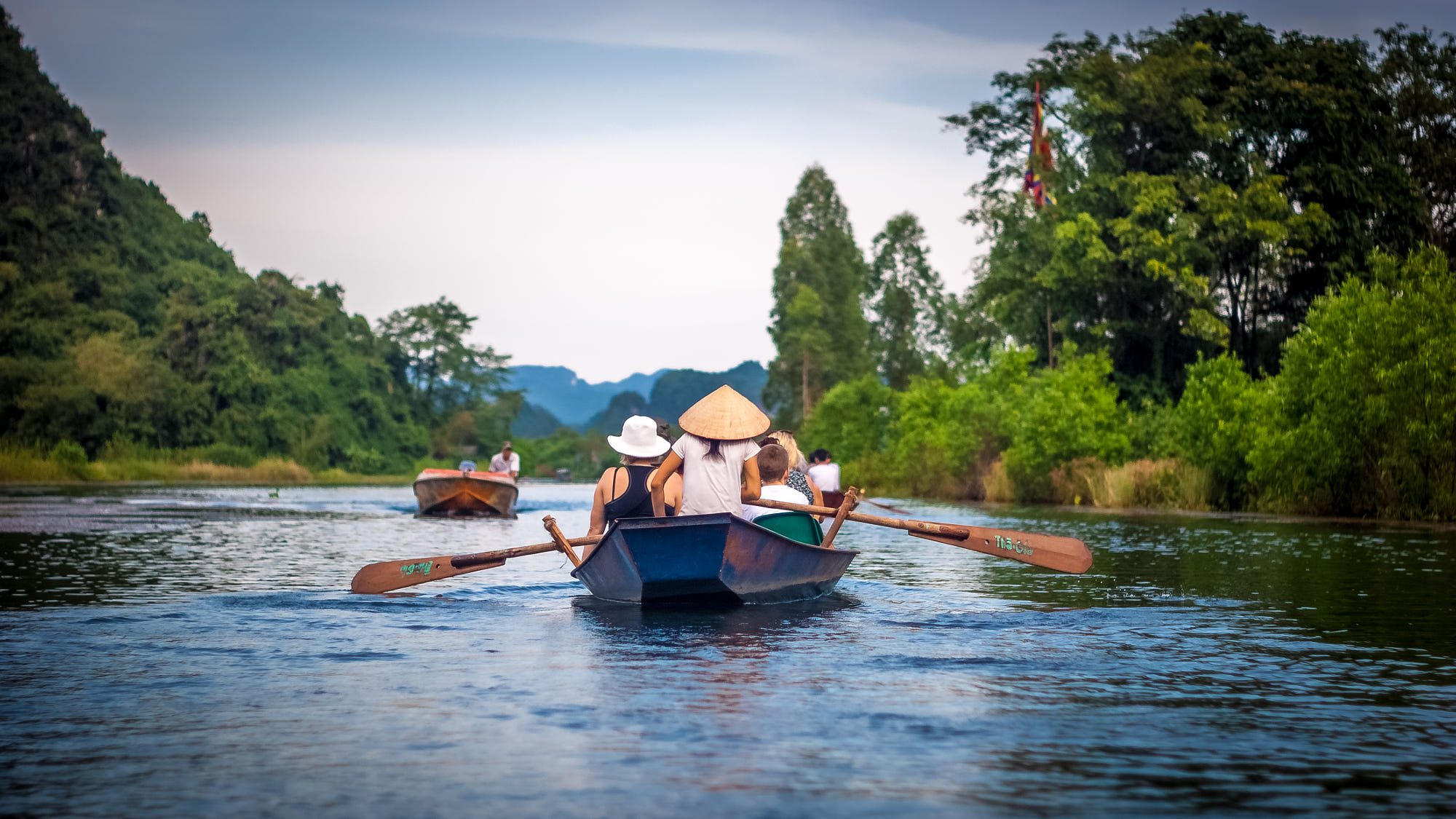 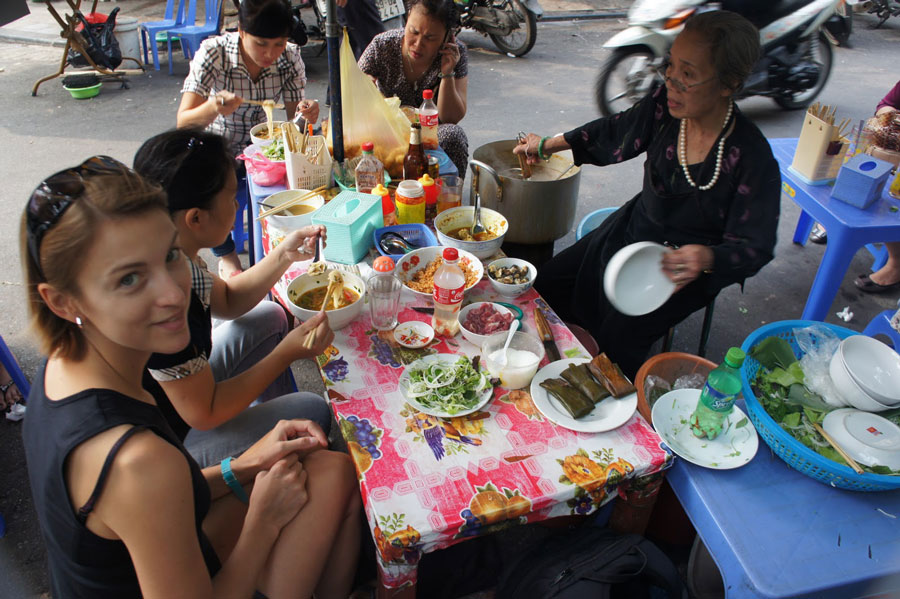 Best things to do in Hanoi Vietnam

Established in 1010, Thang Long (the Flying-up Dragon) has been the capital of Vietnam for hundreds of years. Thang Long Imperial Citadel was the living and working place of Vietnamese Emperors as well as royal family during 4 dynasties from the 11th century to the 18th century. During that period, the construction was expanded, renovated, and completed by outstanding architects as well as hands of thousands of workers.thang long imperial city hanoi tours by locals. Having been the center of Northern Vietnam for centuries, Thang Long Imperial City gathered the essence of Vietnamese culture, architecture, and religion of Vietnamese. Although most of the Citadel was destroyed, the left relics such as the Flagpole, Northern Gate or, Kinh Thien Palace are enough to prove the prosperity as well as development of one of the richest and oldest cities in Southeast Asia. Therefore, Imperial City of Thang Long was recognized by UNESCO as the World Cultural Heritage Site in 2010 on the occasion of the 1000th birthday of Hanoi.

Considered as the first university of Vietnam, Temple of Literature was constructed in 1070 dedicated to Confucius, a universal education and a historical museum. Nowadays, it becomes one of the most important relics and a symbol of Vietnamese traditional architecture.temple of literature hanoi tourism. The construction offers tourists five courtyards which two of them are spectacular gardens. The third one is featured with Khue Van Pavilion and Thien Quang Well. The Fourth courtyard is the temple for worshipping Confucius while the fifth one is Thai Hoc with a bell tower and a large drum. Temple of Literature also maintains the turtle steles engraved the names of successful students at the national exams. A visit to this relic during your Hanoi tour will absolutely fire your imagination about the history and religion of Vietnam.

The pagoda is widely known as the representative of Vietnamese Buddhism and religious architecture. This iconic construction is made of wood and built on only a single pillar of 4 meter high. The pagoda looks like a lotus which is a symbol of purity according to Buddhism. Besides, it has a Guan Yin statue sitting on a lotus which is used for worship. Even non-religious tourists visiting One-pillar will be impressed by its charm and beauty.one pillar pagoda hanoi authentic tours.

Address: Ba Dinh District
Opening hours: 8 am to 5 pm
Admire President Ho Chi Minh
The greatness of president Ho Chi Minh in minds of Vietnamese people is similar to the one of President Abraham Lincoln in minds of American or Lenin in minds of Russian. Therefore, Ho Chi Minh Mausoleum was built as the admiration of the Vietnamese to their “beloved Uncle Ho”. Setting foot inside the mausoleum, you can admire his body preserved in a glass case.ho chi minh mausoleum hanoi best tours. Maximum security and regulations such as elegant clothes, no camera, and photography are strictly applied. No entrance fee is required but donation is accepted. After visiting Ho Chi Minh Mausoleum, your Hanoi tour should include an exploration of Ho Chi Minh Museum as well as his working place and accommodation nearby.

Hoan Kiem Lake is the green lung of Hanoi and a popular area for tourists to hang out. Especially, the surrounding areas of Hoan Kiem Lake open walking streets at the weekends. It is the wonderful time to enjoy the peaceful moments with the fresh air from the lake as well as the disappearance of dust, noise, and smoke from vehicles. You can slowly sightsee the statue of King Ly Thai To, walk on the red The Huc Bridge reaching to Ngoc Son Temple. Besides, you should participate in interesting outdoor activities organized by the locals. If they make you exhausted, sit down at a stone bench near the lake, taste the amazing Trang Tien ice cream, listen to the live music performed by street bands, and immerse yourself in the astonishing view of the lake. You will be ready again for an unforgettable night at Hoan Kiem Lake.walking street hanoi day tours. The best time to wander around Hanoi Old Quarters may be in the morning. Start your Hanoi tour by an awesome breakfast with dozens of delicious dishes in food stalls along the streets; you will have enough energy for a day of exploration. The narrow streets in old quarters seem to become larger thanks to the small number of vehicles. On wandering the old quarters, you will feel like you are in the past of the 20th century because surrounding you is the houses and constructions with the combination of French and Vietnamese architecture. When more vehicles appear on the streets, you should pay a visit to Dong Xuan Market – the biggest traditional market in Hanoi. You are surely overwhelmed by the huge number of products and goods sold here. If you wish to taste all Hanoi specialties, the market is exactly the paradise of food. Provided that, you wish to buy some souvenirs as gifts, diverse products from handicraft arts, paintings, and pottery will give you a wide range of choices.

The art of water puppet was born when the rice paddies were flooded and the farmers controlled the puppets over the water for entertainment. Throughout the history, this folk art has been preserved and developed and now becomes the well-known performance all over the world.water puppet hanoi travel. The stage of water puppet show is a pool. Behind a bamboo screen, puppets are skillfully controlled by puppeteers. Every water puppet show will tell you a tale or a legend accompanied by folk music from drums, bells, and flutes. Thang Long Water Puppet Theater always performs this type of traditional art at its best.

TOP 6 MUSEUMS MUST VISIT IN HANOI

Located in the Ho Chi Minh complex, Ho Chi Minh museum is one of the most resourceful museums in Hanoi that you cannot miss. The whole museum is an elaborate description of Ho Chi Minh‘s life from his childhood to his pass away. Its highlights include mementos of Ho’s life, and some fascinating photos and dusty official documents relating to the overthrow of the French and the onward march of revolutionary socialism. Visitors definitely will be mesmerized by a series of artifacts, miniatures and various gifts gathered nationally and internationally there.

Built between 1925 and 1932 by Ernest Hebrard architect, the museum retains unique Indochina architectural. National Museum of Vietnam was formerly home to the École française d’Extrême-Orient. Exhibit highlights of this impressive museum include bronze drum from the Dong Son culture, Bat Trang pottery, Hindu statuary from the Khmer and Champa kingdoms, jewelry from imperial Vietnam, wooden stakes in Bach Dang Battle and displays relating to the French occupation and the Communist Party. National Museum of Vietnam guarantees tourists the full and comprehensive knowledge about the historical periods of Vietnam country from prehistoric times until the period of struggling for national construction and defense. Make sure you do not miss it in your Hanoi tour.

Address: No. 216 Tran Quang Khai St, Hoan Kiem District
Opening hours: 8 am to 17.30 pm (Except the first Monday in each month)

Different other museums in Hanoi which are the places of sweetness, gorgeousness, and light, Hoa Lo Prison Museum or “ The Hanoi Hilton” is a place filled with many grim stories. It is the place of brutality, torture and the Hilton no-one wants to stay in. The remaining chilly, damp cells, rusted iron stock used in the torture of prisoners and a macabre French guillotine are the evidence of the French colonialists’ crime. Visit this historic destination to witness the life and sufferings of prisoners in the most notorious prison in Vietnam.

Vietnamese Women’s museum in the eyes of foreign tourists is an excellent and impressive museum showcasing the roles of women in Vietnamese society as well as culture. The museum features a stunning collection of propaganda posters, a hard-hitting exhibition on women ‘s role in wartime and a fascinating costume-heavy display of Vietnam’ethnic minority groups. Wander around the museum to explore the much-neglected subject of family life and maternity and the moving display on the ‘Heroic Mothers of Vietnam’ that memorializes women who lost children during Vietnam’s many years of warfare.

As the largest and the most interesting museum in Hanoi, Vietnam Museum of Ethnology is worth a thorough visit, for those who are keen on learning about the multiculturality of Vietnam and for those who would appreciate some large green spaces. It is a captivating and exciting exploration of the 54 ethnic minorities of Vietnam. Visitors will be impressed by the elaboration of the traditional architectures of ethnic minorities’ houses there, at the same time being thoroughly engaged in a ton of fun traditional games and activities such as water puppet show, calligraphy, stone game. Visit this museum to get as close as any tourist can to the religious and cultural ceremonies and everyday rituals of the many different people of Vietnam. vietnam museum of ethnology hanoi local tour Address: Nguyen Van Huyen St, Cau Giay District
Opening hours: 8 am to 5.30 pm (Except Monday)

Built in the 1930s as a Girl School for Indochina high-ranked officers the Vietnam Fine Arts Museum is a real treasure trove of traditional, religious, modern and contemporary Vietnamese art. This special museum not only exhibits impressive paintings, sophisticated ceramics and lacquers created by modern Post-war artists but many of its contents date back as far as pre-historic and feudalism time. It is probably true that the most compelling highlights of the museum are ancient Champa stone carvings and some astonishing effigies of Quan Am, the thousand-eyed, thousand-armed goddess of compassion. Head to this place to soak up Vietnam’s artistic treasures.