From Phu My Port, 1-day Ho Chi Minh city tour shows you around the vibrant commercial, economic and cultural center of Vietnam. The 1-day excursion from Phu My Port not only takes you to modern beauty of Ho Chi Minh City with a great diversity of huge shopping malls beneath numerous classy skyscrapers but also leads you to explore Saigon in antiquity. Enjoy Ho Chi Minh city tour around prominent landmarks with a unique itinerary within 1 day with our company.

We are welcomed by local tour guide and driver at Phu My port then transfer to Ho Chi Minh City (Saigon). We spend approximately 2 hours driving to drive along small villages, rice paddy fields, and oil and rubber trees. Our very first stop today is the Reunification Palace, the former Presidential Palace of the president of Southern Vietnam. It is important historical evidence, witnessed the transfer of power between the Southern Vietnamese government and Northern Vietnamese government after 20 years of war.

After that, the journey to the Notre Dame Cathedral which was established by French colonists between 1863 and 1880 & Saigon Central Post office and the city’s symbolic church. The building followed the Gothic architectural style and was constructed when Vietnam was part of French Indochina in the early 20th century. It was designed and constructed by the famous architect Gustave Eiffel in harmony with the surrounding area.

We then transfer to Mai Home restaurant, the Saigon Culinary Art Center to enjoy our delicious lunch while Vietnamese traditional music played.

Leave the restaurant and head to the War Remnant Museum known as the “Museum of American War crime”. The site has been displaying remnants of the American phase of the Vietnam War since 1975 – right after the war.

Before turning back to our cruise ship, we have our great time to explore as well as go shopping at the Ben Thanh market – the large indoor market place in the downtown of Ho Chi Minh City. The market is one of the earliest surviving structures in Saigon and one of the symbols of Ho Chi Minh City, popular with tourists seeking local handicrafts, textiles, áo dài, and souvenirs, as well as local cuisine.

Ho Chi Minh City is 70km far from Phu My Port and it takes visitors 2-hour driving from this cruise port. Located in the center of Southern Vietnam, the city’s climate is divided into two separate seasons: raining and dry season with an average temperature of 27 degree Celsius.

Vietnamese Dong (VND) is the official currency of Vietnam but visitors can use the US dollars and pay by credit card in many shops, restaurants, and hotels. Currently, 1 USD is converted into around 23,000 VND. You can withdraw money from ATM or exchange to VND at local banks or jewelry stores.

Visitors are allowed to take photographs and videos in most of the attractions. For a smooth Ho Chi Minh City tour, you are advised to wear the light outfit, hat, a lightweight daypack for your cameras and personal belongings and comfortable walking shoes. Restrooms are easily found on big streets, at attractions, restaurants, coffee shops…

Meal: If you have any specific food requirements (vegetarian, vegan, food allergies) please inform us in advance so that we can provide notice to our restaurant, tour guide or our partners so that they can serve you better.
BOOK TOUR 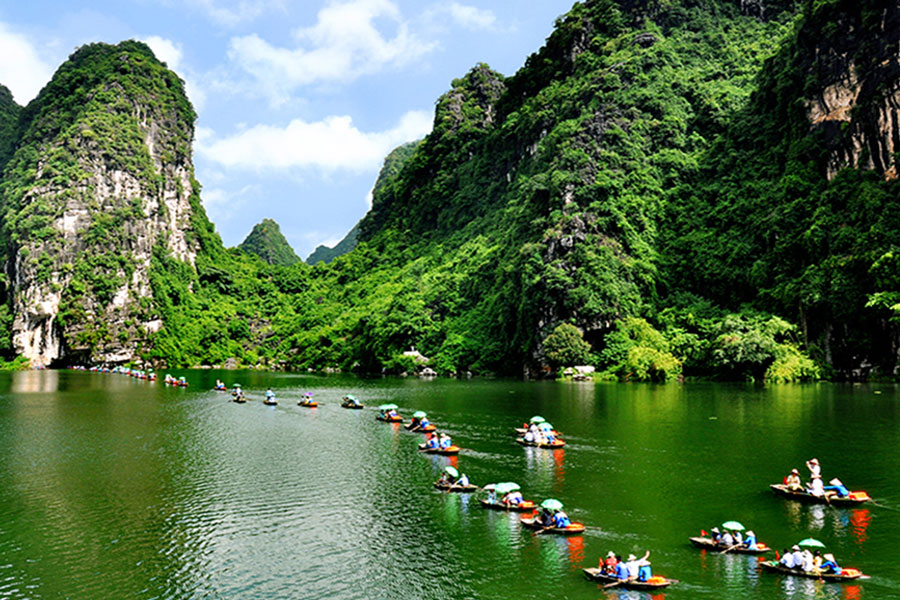