Annually operated in Long Tan Memorial Cross, Anzac Day is the day to remember and respect to the Fallen who sacrificed their lives when the country called for Australia and New Zealand veterans. Our tour is designed to start in Vung Tau, however, if you want to customize the trip, please let us know.

Day 1: Vung Tau City Tour (L)
Pick up at the hotel in Vung Tau, we will have a full day exploring this small exciting sea-town. We will first visit the spectacular Jesus Statue for a morning panoramic view of the city and shoreline. Take nearly 900 steps to the top; we will enjoy a breathtaking view of Vung Tau City.

We then visit – Niet Ban Tinh Xa (Nirvana Pagoda) which is one of the biggest pagodas in the city. The next place in our itinerary is White Palace, which used as the summer palace of the last Emperor of Vietnam, Bao Dai.

After lunch in a local restaurant with seafood mainly, we will continue to visit Whale Temple, which worships to the remains of a whale washed up on the Vung Tau beach over 100 years ago. The rest of the day will be free time at the beach. Overnight in a hotel Vung Tau City.

Day 2: Anzac Day Dawn Service (B)
Pick up very early in the morning, we then drive to Long Tan Memorial Cross to join the Dawn Service ceremony.

We take part in the Dawn service which organized by Australian General Consulate. After that, we visit the former Nui Dat Task Force Base where the first ATF stationed and have a look at SAS Hill where the tough SAS squadron positioned here. Continue with a visit to the Long Phuoc Tunnels and the Nui Dat Kindergarten which was opened in October 2010. This Kindergarten was funded by the Australian Vietnam Volunteers Resource Group and now stands on the site where over 5000 Australian soldiers were based at any one time during the Vietnam War.

Two old Australian veterans discover the tunnels of Long PhuocAfter that, you will go to Long Hai beach and Minh Dam secret zone where diggers deployed on operations in 1968 before going back to Vung Tau City. The rest of the day will be free at the beach in Vung Tau or drive to Ho Chi Minh City for overnight accommodation/departure. Tour ends. 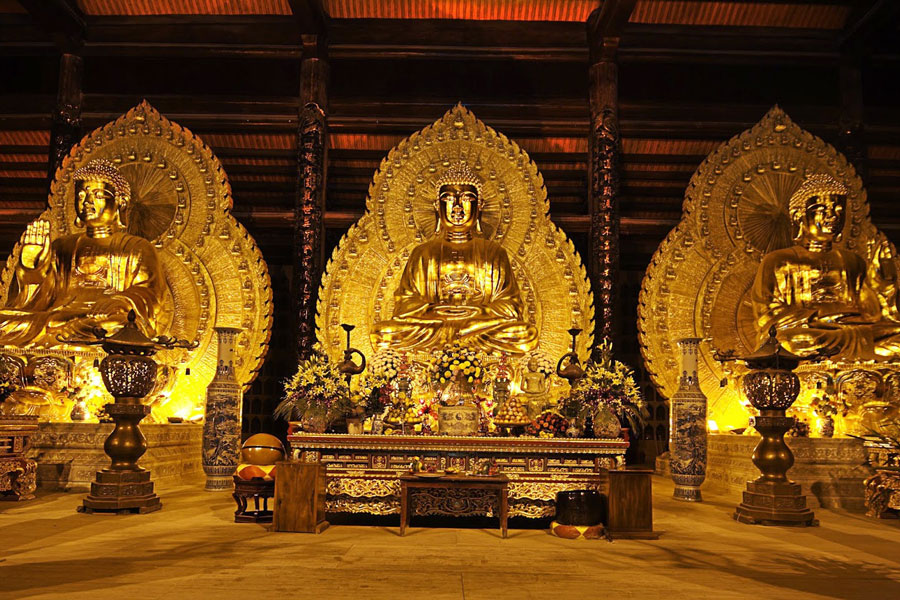